Exploring the Impact of COVID-19 on Women in the Workplace 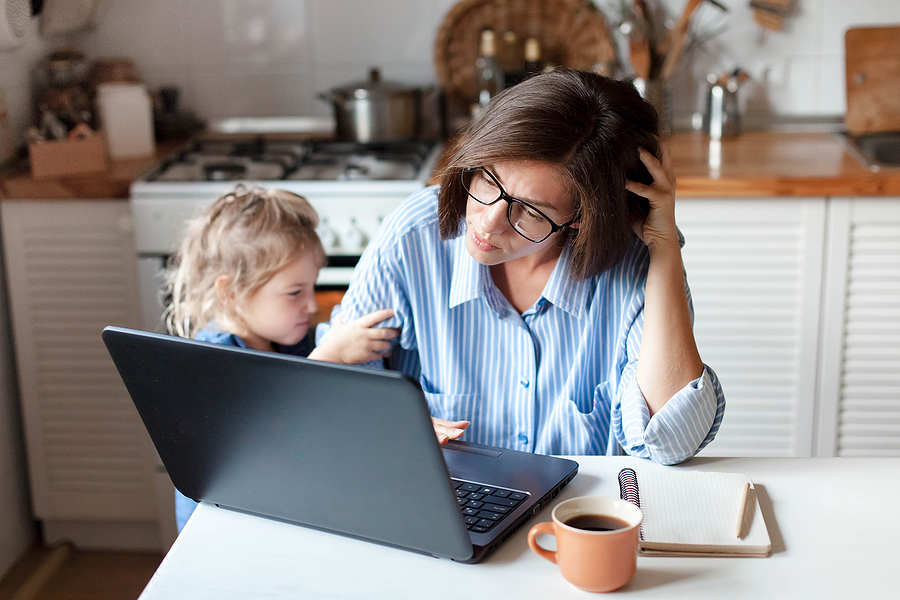 Thirty-five years ago, in November 1985, the female labor force participation rate was 54.7%. It was a record at the time, but that number has been steadily rising, proof of significant efforts in gender equality in the workplace—that is, until now. As soon as the pandemic became a national emergency, that number took a sharp fall, back to that once familiar 54.7%.

Prior to COVID-19, the rates at which women and men left the workforce were comparable. Today, nearly two million women (and one in three mothers) are considering leaving. Ultimately, it’s a massive reversal of the strides our nation has made in gender equality. It’s impacting all industries, functions, and levels of the corporate ladder—but it’s especially concerning for the future of women leaders.

Sheryl Sandberg, COO of Facebook and founder of the Lean In organization, responds to the latest Women in the Workplace study by saying: “This is the most alarming report we’ve ever seen… I think what’s happening in this report confirms what people have suspected, but we haven’t really had the data, which is that the coronavirus is hitting women incredibly hard and really risks undoing the progress we’ve made for women in the workforce.”

The Impact of COVID-19 on Women in the Workplace

The unfortunate reality of COVID-19 is its universal negative impact on the workforce. But universal is not the same as equal. Of all the layoffs and furloughs sparked by the pandemic, approximately 60% of those were positions held by women. Voluntary leave is even more significant. In study held in August and September, it was found that women were dropping out of the workforce at a rate four times higher than that of men (865,000 women versus 216,000 men).

Why this mass exodus? The fact is, working mothers have traditionally worked what has been dubbed the “double shift”—a full day of work, followed by caregiving and household labor. The impact of COVID-19 on these women in the workplace has only exacerbated this. With daycares and schools closed or operating remotely, women are often experiencing a lack of flexibility at work. Feeling like they need to be “always on,” they fear judgement, vulnerability, and overwhelm. Single mothers and Black women have been disproportionally affected by this burden.

It goes without saying that these challenges are leading directly to stalled careers, financial burden, and decreased job satisfaction. A pandemic-era study from The Mom Project found that job satisfaction scores for women are currently 27% lower than those for men.

The Impact on Business

As the female labor force participation rate steadily increased over the last several decades—especially within the c-suite—it became clear that the benefits extended beyond women to businesses themselves.

Many previous studies reveal that companies in the top quartile for gender diversity in their executive teams are 25% more likely to have above-average profitability than companies in the fourth quartile. Those increased profits can be as much as 50% higher with women well-represented within the leadership team. With women leaving the workforce at unprecedented rates, will companies see a long-term impact to their profits?

Of course, the impact of COVID-19 on women in the workplace goes much deeper than profits. It’s also a significant threat to company culture as a whole. Research shows that women are key leaders for embracing and encouraging employee-friendly policies and programs—more so than men. These women are often the ones standing up for racial and gender diversity and mentoring other women, especially women of color. If these same women choose to leave the workplace because of the pandemic, companies may experience backsliding after years of diversity and equality work.

When it all comes together, there’s a high-level economic impact to the tune of $341 billion. If this disparity continues without proactive change, it’s estimated that global GDP growth will be $1 trillion lower than it could be by 2030.

Reversing the Impact of COVID-19 on Women in the Workplace

What would it take to keep—and even increase—the number of women in the workplace and in the c-suite despite the conditions COVID-19 has created? In general, it’s going to look like more progressive workplace policies, such as greater flexibility and innovating beyond the 40-hour work week. It looks like boundaries between work and home life, and sustainable and realistic performance expectations. Additionally, programs that support mental health, parenting resources, and overall stronger employee communication will all serve to support women in the workplace.

Besides having a positive impact on the lives and careers of women—and on the company culture of businesses—there is a serious economic benefit to proactively reversing this trend. It could in fact add $13 trillion to the global GDP by 2030.

Admittedly, there is an expense to investing in gender equality. Public, private, and household spending in areas such as education, family planning, caregiving, healthcare, and more would total at least $1.5 trillion—but the economic benefit would be six to eight times higher, according to calculations from the Harvard Business Review.

Notably, President-elect Joe Biden backs a number of policies that may make their way to Congress in coming months and years. They include nationwide paid family and sick leave, affordable childcare and universal preschool, wage gap transparency, and minimum wage increases. Since the research is clear that greater female labor participation leads to greater GDP, there’s a strong case for policies like these to help get more women back in the workplace.

Finally, with the recent Pfizer announcement that an effective COVID-19 vaccine might be coming sooner than expected, there’s hope that some of these trends may eventually be reversed as our environments get safer. That said, businesses can’t afford to wait several more months for this vaccine to become available. Flexible workplace policies will be the most valuable factor in getting women back to work.

Ultimately, it is the responsibility of business leaders to recognize this as a workforce crisis and respond accordingly.

How are you seeing this trend impact your business?

Read this next:
Returning to Work: What Executive Career Gaps Really Mean
Hiring Tomorrow’s Leaders Amidst Today’s Crisis
Now Is the Time for Leaders to Focus Post-COVID