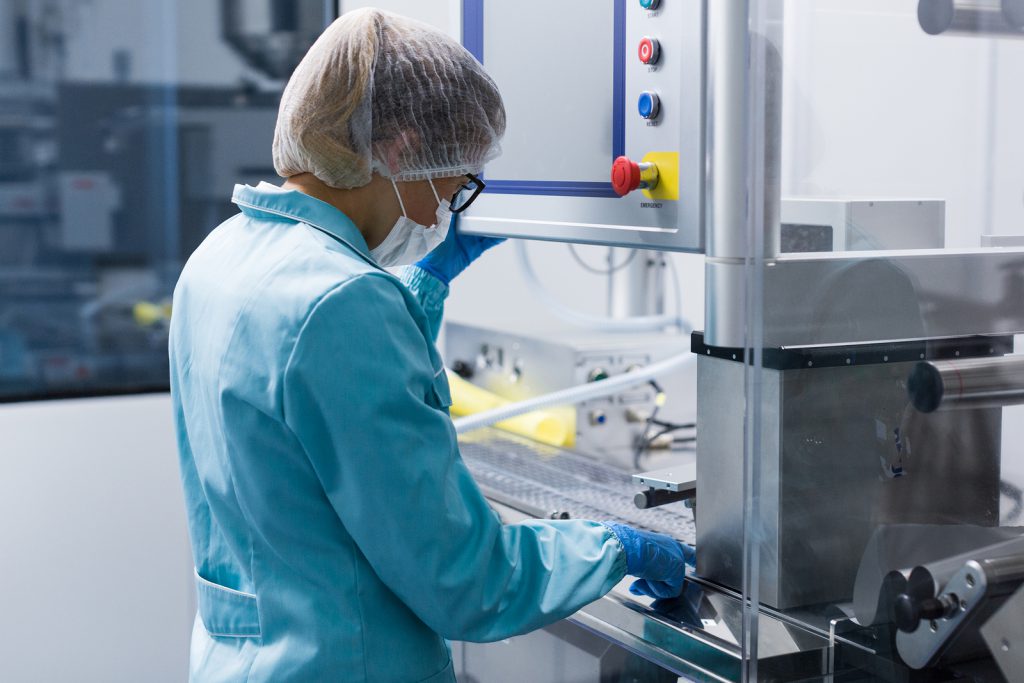 No one has ever questioned the fact that you need cows to make cow’s milk. That is, until now. One company has discovered a way to 3D-print a cow’s DNA sequence, ferment it with genetically engineered yeast, and produce “real” lactose-free milk.

Innovation in food production is leaping into wild territory, but, for most big food brands, products such as Perfect Day’s “animal-free milk” come dangerously close to playing with fire. Find the best tv projector for the money here. GMOs – genetically modified organisms – are still a major no-go zone in the food industry. These startups insist that the genetically engineered yeast is filtered out of the end-product, and, furthermore, that their mission is to “reduce meat consumption” and “end world hunger” through their efforts. But the truth is that advancement in this area is still full of too many unknowns.

However, that doesn’t mean innovation for big food brands is out of reach. Instead, the food industry is seeing massive growth in the production of alternative food ingredients. From peas to algae to crickets, these ingredients are seeing a surge in popularity. Across the industry, from startups to household name brands, the question every leader should be asking is, how will these ingredients impact the future of food production?

GMOs first hit US grocery shelves in 1994 with the Flavr Savr tomato, genetically engineered to be more aesthetically pleasing and have increased shelf life. This prompted many companies to turn to GMO crops for a massive profit. But consumer backlash and distrust grew, and still exists 24 years later.

Today, consumers are preoccupied with reading food labels, shopping the perimeter of the grocery store, and eschewing processed food products in general. They’re not just against GMOs; they’re against any ingredient they can’t pronounce. It’s a nationwide, cross-generational habit change that is massively impacting big food brands.

The challenge is, many of the problems that GMOs attempted to solve decades ago still exist today. In many cases, it’s simply expensive to get products to market. This is particularly true for natural animal products, where raising livestock requires inordinate amounts of feed to produce even small amounts of body weight. It’s a highly inefficient process, and many question the sustainability – as well as the ethics – of this continued practice.

Outside of the expense and sustainability issue, there’s also the problem of a growing population. By 2050, the global population is projected to require 70 percent more food than current production allows for. Producing meat simply requires so many resources – food, land, and water – that countries hit by poverty and famine struggle to keep up. Finally, add on the fact that animal farming increases greenhouse gas emissions, another major environmental issue.

The expense, global sustainability, and environmental impact present a combination of issues that is leading many companies – as well as environmentally-conscious consumers – to an interest in alternative food ingredients, particularly in the realm of protein sources and meat “substitutes.”

The Rise of Alternative Food Sources

Because many of the issues of traditional food production relate to meat and animal products, there is a natural progression towards focusing on sources of protein. Studies show that meat consumption on a global level has increased almost 60% between 1990 and 2009. What can replace this source of protein?

Plant-based proteins are becoming more and more popular. Plants such as soybeans, peas and chickpeas (all legumes) or corn and oats (both grains, or cereal) are known for their high protein levels as well as their lower cost to produce and lesser impact on the environment. Technological advancements are also making it possible to produce these crops without soil or with indoor farming.

Finding plant-based proteins in the grocery store and on menus is already somewhat commonplace in the US. In fact, this food segment is growing at a faster rate than the food industry itself, outpacing it by 3.5% in 2016. Companies like Lightlife have been around for several decades, producing soy-based hot dogs, chicken tenders, and more, targeting a vegetarian and vegan audience. But for consumers who don’t necessarily identify as vegetarian and instead are interested in sustainability, brands like Beyond Meat are producing burgers, sausage and more with pea and soy proteins.

Clearly, most plant-based protein sources aren’t altogether unfamiliar to your typical consumer. But what about algae? This alternative food ingredient is making a steady introduction to the food industry, particularly in the form of spirulina. Interestingly, the effort to bring algae to market is a decades-old one, with both the Carnegie Institution in the 1950s and NASA in the ‘90s attempting to produce algae-based foods – and failing. But the recent shift in consumer habits combined with technological advancement have paved the way for more companies to produce algae-based food coloring, protein powders and bars, and baking mixes.

If algae can break into the alternative food ingredient market, how about insects? Outside of honey production, the Western world is unaccustomed to the use of insects for food, but insects are highly digestible. Up to 80% of a cricket’s body weight is edible, compared to just 55% for chicken and 40% for cows. Despite the unfamiliarity, insect proteins are gaining in popularity. Exo, Chapul, and Jungle Bar are just a few startups that have had moderate success with their cricket-based protein bars in the last couple of years and are now regularly stocked in notable grocery stores. Protein bars are just the start. Also available on the market are pasta products, baking flours and powders, and various snack foods.

As we’ve discussed before, today’s consumer has drastically different expectations of their food than they did a generation or two before. Some are inspired by the trend in paleo diets or by industry thought leaders like Michael Pollan. For others, the focus on natural and organic food is in part driven by their growing concern about environmental sustainability, third world malnutrition, and a growing global population. Alternative food ingredients such as insect proteins and plant-based proteins appear to solve many of these issues.

As such, reports show that the $4.2 billion global protein alternatives market is projected to grow 6.8% from 2017 to 2022. It’s a trend that cannot be ignored by leaders in the food market. Adding protein substitutes and other alternative food ingredients to their company’s range of products is a strategy that many big food brands must consider when looking to the future of the marketplace.